Nordward Selects Cameyo and Neverware to Transition to Chrome OS 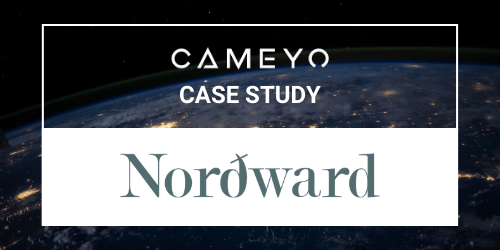 Nordward is a coalition of four leading companies in Sweden, Denmark and Norway that together form the leading provider of fresh fish, seafood and Asian food products throughout Scandinavia. The organization has 290 employees across four locations with annual sales of 1 billion SEK and an aggressive growth plan.

When Nordward made the decision to migrate the entire company over to Chrome OS for greater system security and cost-effectiveness, there were two challenges they needed to solve in order to make the switch.

“First, we needed to establish a phased approach where we could repurpose our existing Windows devices as Chrome OS machines, then move to Chromebooks over time as the older machines need to be replaced,” said Christian Ahlin, Group Head of IT at Nordward. “We also needed a way to provide our people with access to the Windows applications they rely on to do their jobs – most importantly our ERP system – from their Chrome devices.”

Together with reseller Online Partner, Sweden’s leading Google solutions specialist, Nordward put together a migration strategy that would enable the company to take advantage of the speed, security, and manageability of Chrome OS without interrupting access to their business-critical Windows apps.

When evaluating the organization’s existing pool of devices, Ahlin realized that it still had plenty of operational Windows laptops. To optimize it’s existing devices while still being able to switch to the security and management benefits of Chrome Enterprise, Ahlin decided to utilize Neverware’s CloudReady to convert those legacy Windows devices into Chrome OS devices.

“Neverware gave us the ability to transform our existing fleet of devices so that we could experience all of the benefits of the Google ecosystem without hardware restrictions,” said Ahlin. “Neverware’s CloudReady breathed new life into our old devices, helping bridge the gap as we transition to new Chromebooks over time.”

Today, 70% of Nordward’s devices are HP computers running CloudReady, with the remaining 30% consisting of Asus Chromebooks. Ahlin expects they will transition to 100% Chromebooks over the next two years.

With its Chrome OS device strategy worked out, Ahlin’s next challenge was to ensure that all Nordward employees could continue to access the business-critical Windows applications that they need to do their jobs, even from Chrome devices.

“The most critical need was the ability to deliver our Windows-based ERP system, VismaBusiness, to all of our employees even though they are now utilizing Chrome OS devices,” said Ahlin. “This is the system we use for our purchasing, warehousing, logistics, sales, and finance – so I can’t think of anything more ‘business critical’ than that.”

Nordward selected Cameyo’s Digital Workspace, enabling them to simply and securely deliver their ERP software to all of their employees’ Chrome OS devices. Cameyo enables Nordward employees to access the full desktop version of the Windows application on their Chrome OS devices through the browser. Not only does this remove the need for the software to be installed and managed on each device, but because it’s the same version of the software that everyone is used to (just running in the browser), there is nothing new for users to learn.

“Cameyo played a critical role in enabling our transition to Chrome Enterprise,” said Ahlin. “Without the ability to provide access to our Windows ERP software on Chrome OS devices, we simply would not have been able to make the switch.”

Virtual Applications Instead of Virtual Desktops

When searching for the right solution to enable access to their ERP software on any device, Nordward originally began evaluating traditional virtual desktop products. After evaluating VMware Horizon and Citrix XenApp (Citrix Virtual Apps and Desktops), it became clear that the complexity and cost of traditional Desktop as a Service (DaaS) and virtual desktop infrastructure (VDI) products were not going to be a fit for Nordward’s needs.

“To be honest, XenApp was so complex that we gave up after two weeks of trying to deploy it,” said Ahlin. “With Cameyo I was up and running in just one day. I took another day of testing to ensure everything worked perfectly before rolling it out to our users, so within two days I was able to deploy, test, and take the whole system live. That’s unheard of, especially when you think of the complexity organizations have traditionally had to deal with when enabling virtual access to applications. But with Cameyo, it’s like they’ve absorbed that complexity and taken it off of the user’s plate.”

Since transitioning to Chrome OS, Nordward has experienced the following benefits:

“There’s also a significant sustainability benefit of this setup as well,” said Ahlin. “Nordward is deeply committed to sustainable business practices, and by transitioning to Chrome OS and Google Chrome we have the added benefit of utilizing Google’s green IT policies as well.”

Start Your Free Trial
Back to All Case Studies